Subscribe for more episodes! Find That's My Favorite on your favorite podcast app. 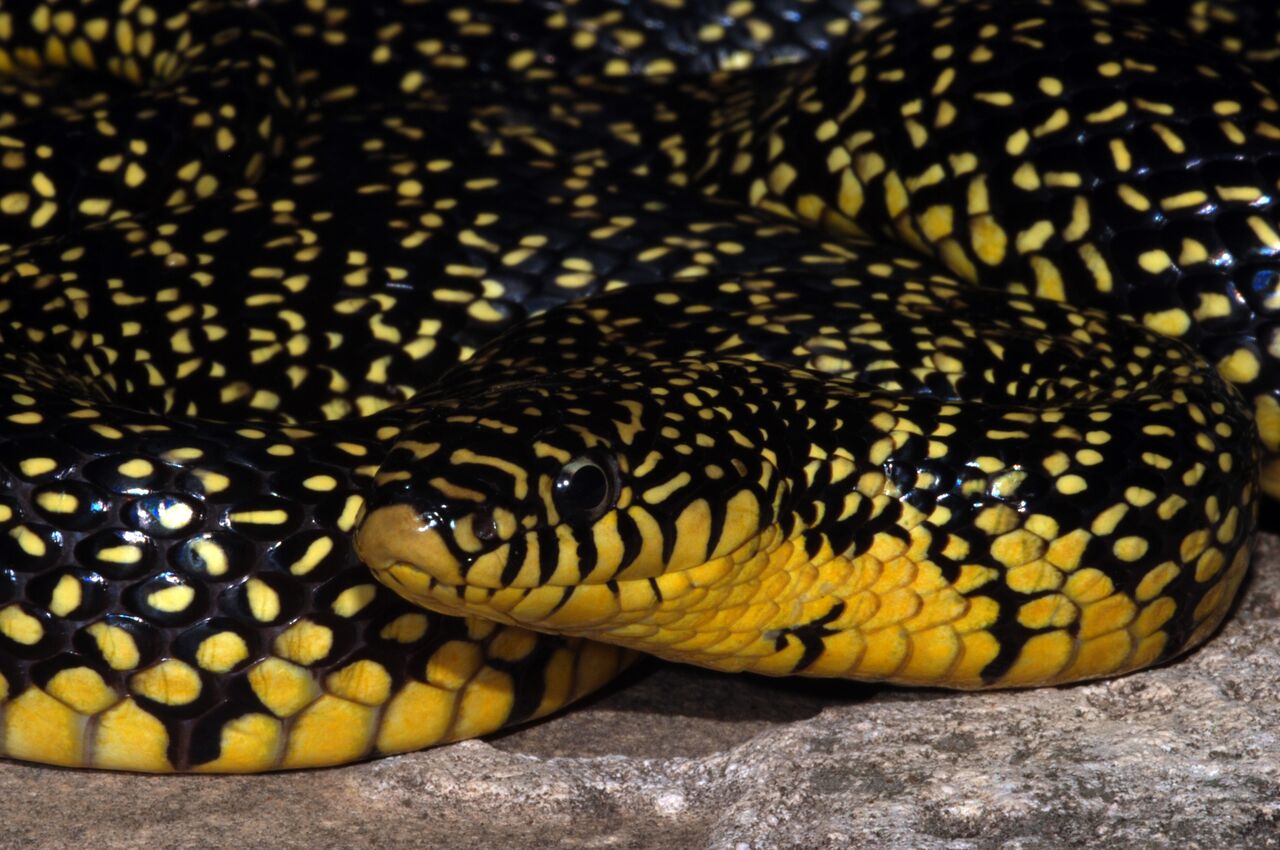 2009 - There’s been quite a shake-up in the way kingsnakes are identified by scientists, and that’s because there have been new advancements in molecular biology. Several species that were once lumped into one species have now been identified and classified as their own species. Scarlet kingsnakes were once considered milksnakes but are now its own species, too.

The Speckled King Snake (or, speckled kingsnake), also known as the ‘Guinea Snake’, or the ‘Say’s Kingsnake’, is a species of snake endemic to the United States,

Physical Description: How does a speckled king snake look

Head: Two spots are found in the center of their head. The edges of the head have 2 to 4 yellow lines on the dorsal, Upper surface.

Skin: The ground color is usually dark brown to blue-black. They look speckled mainly because of a yellow to whitish spot in the middle of most of their scales. The belly skin is flavescent, yellow spotted with rectangular to irregular black marks. The baby snakes have light spots on the backside forming crossbars. Some of the individuals, mainly those that belong to Southeast Texas and Southwest Louisiana, often have alternating dark blotches with reddish-yellow ventral coloration. 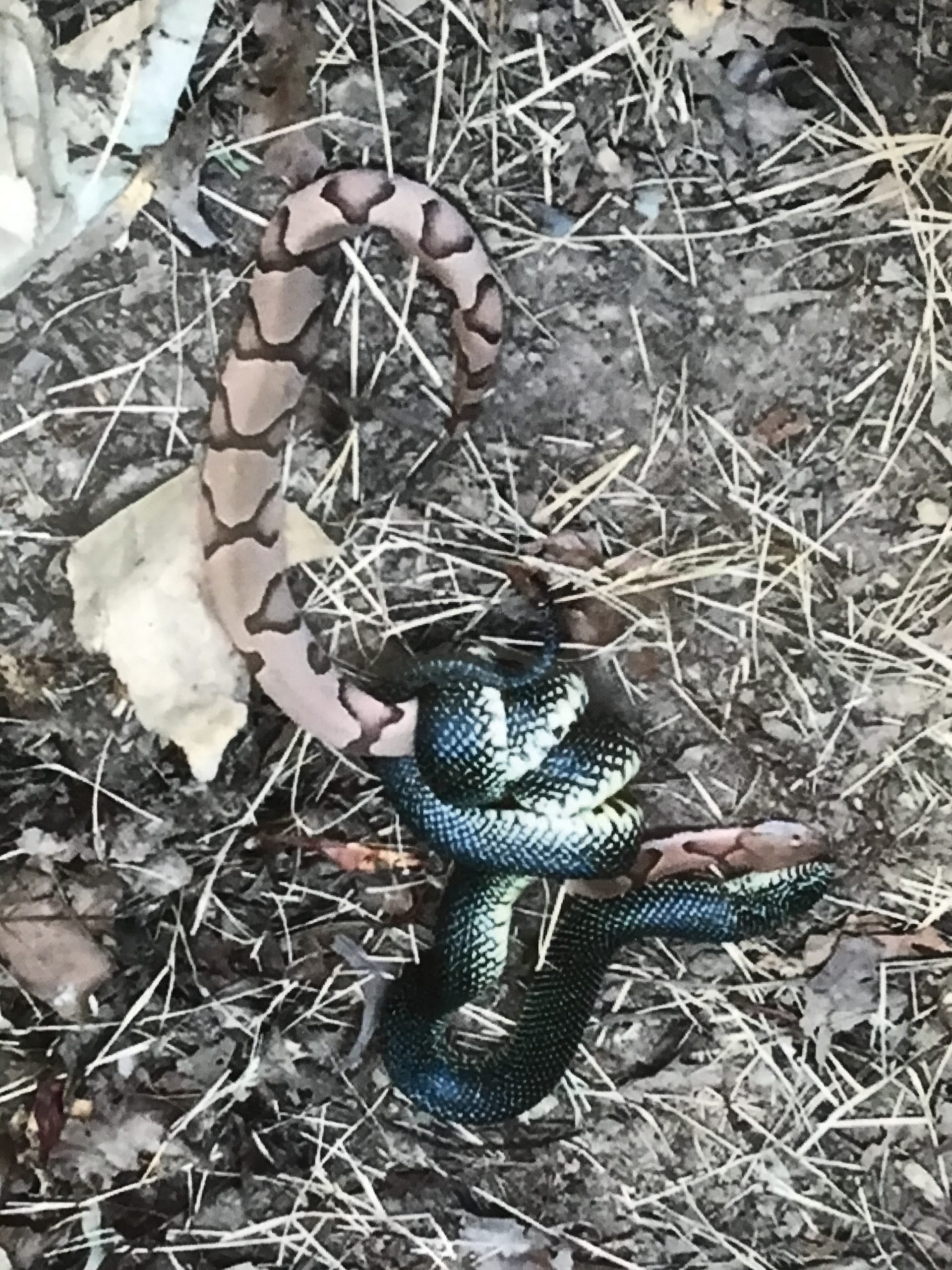 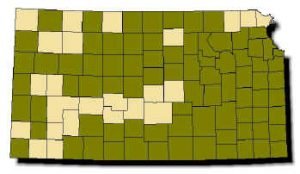 The common name of the kingsnake comes from its habit of eating other snakes. The king cobra eats other snakes as well. Kingsnakes in North America are resistant to rattlesnake, copperhead, and cottonmouth venom. Resistance is provided by enzymes that break down venom. The kingsnake's ability to kill and eat venomous snakes is rare. They are only resistant to venomous snakes in the same location.

It is not how kingsnake resistance to viper venom works. Kingsnake resistance is evolved rather than acquired. This means that kingsnakes are born resistant to venom. As far as we know, their resistance levels are fixed for life & don’t change with age or exposure. This has happened over a long time through natural selection, over many generations of kingsnakes. We don't actually have a very exact  understanding of the physiological and molecular mechanisms behind how kingsnakes resist the toxic effects of viper venom. At least some of their resistance comes from antibodies—chemicals in their blood that interfere with the venom—because mice injected with kingsnake blood survive viper venom better than those that aren't, and the chemical composition of kingsnake blood changes after exposure to viper venom. 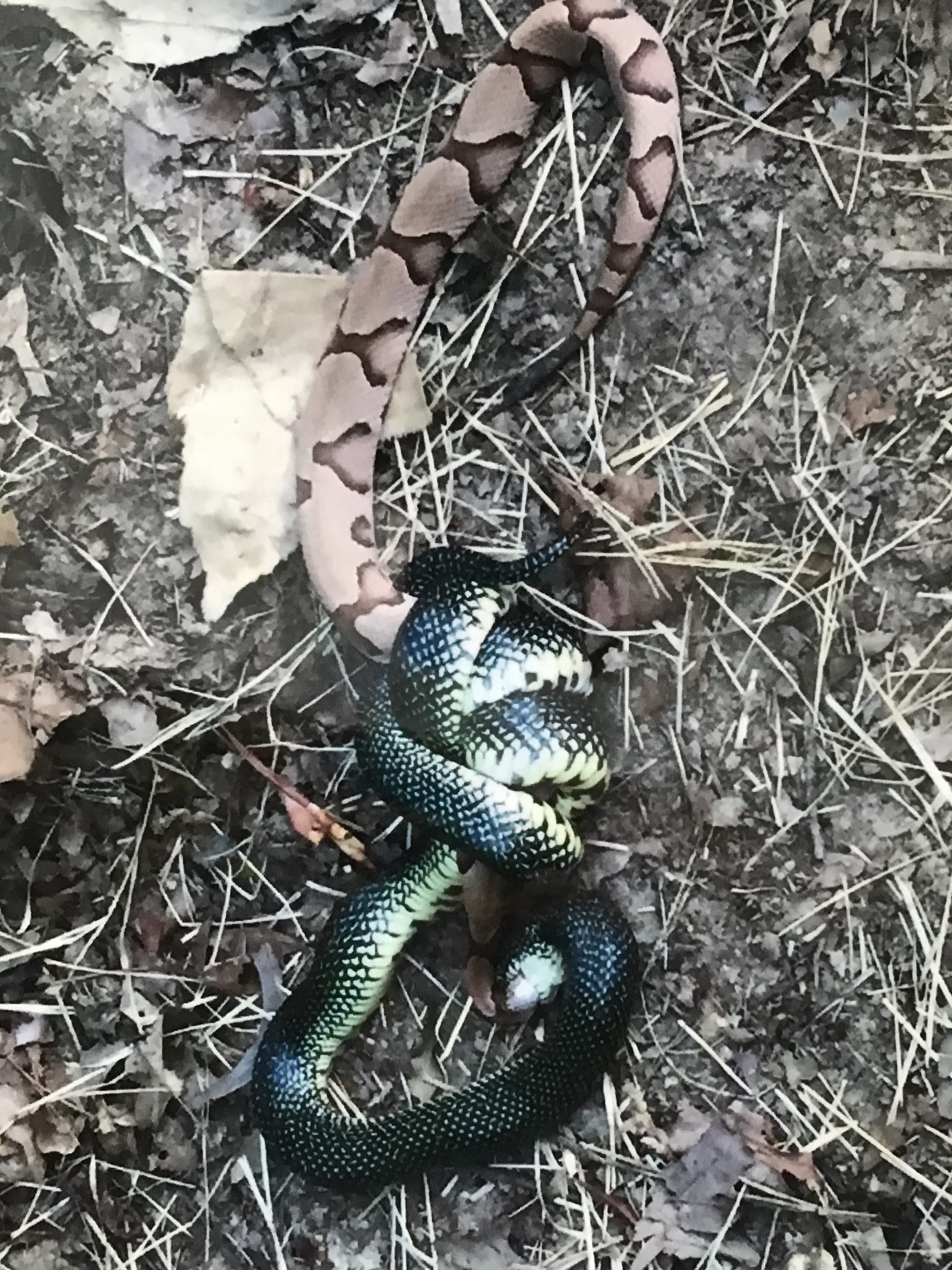 The speckled king snakes live for up to 20 years in the wild. 20 – 30 Years Captivity

These reptiles can live in diverse habitats like prairies, brushy areas, forest edges, rocky, wooded hillsides. They also share their space with humans including in the farms, open fields, swampy or forested areas, and even in towns.

The speckled king snakes docile by nature, often striking only one or two times after capture. They are very active, when it comes to foraging and would trace their prey by scent, following out like hound dogs. However, their process of ‘smelling’ is primarily dependent on their forked tongue rather than their nose.

Speckled kingsnakes are mostly diurnal, and are active between April and October. In Kansas they have been found to be most active in April and May. They evade the hot temperatures by becoming active during nighttime in the summer months. They are opportunistic feeders. As and when they find a prey, they would consume by seizing, and then constricting it, stopping the flow of blood.  They have a significant contribution to the ecosystem by keeping the population of other snakes and rodents in check. Those that are bred in captivity are normally prone to remain calm throughout their lives. Individuals caught in the wild have an unpredictable nature that might range from aggressive freaks to completely gentle ones. These snakes are not known to be good climbers.

Though these snakes do not take long to calm down in captivity, they have a bad reputation for being more aggressive than many other species of American kingsnakes. Although, in the long run, it is more likely that they would calm down upon frequent handling, and surrender themselves as decent pets. Hence, for petting, snake experts recommend captive bred specimens over the ones that are collected from the wild. 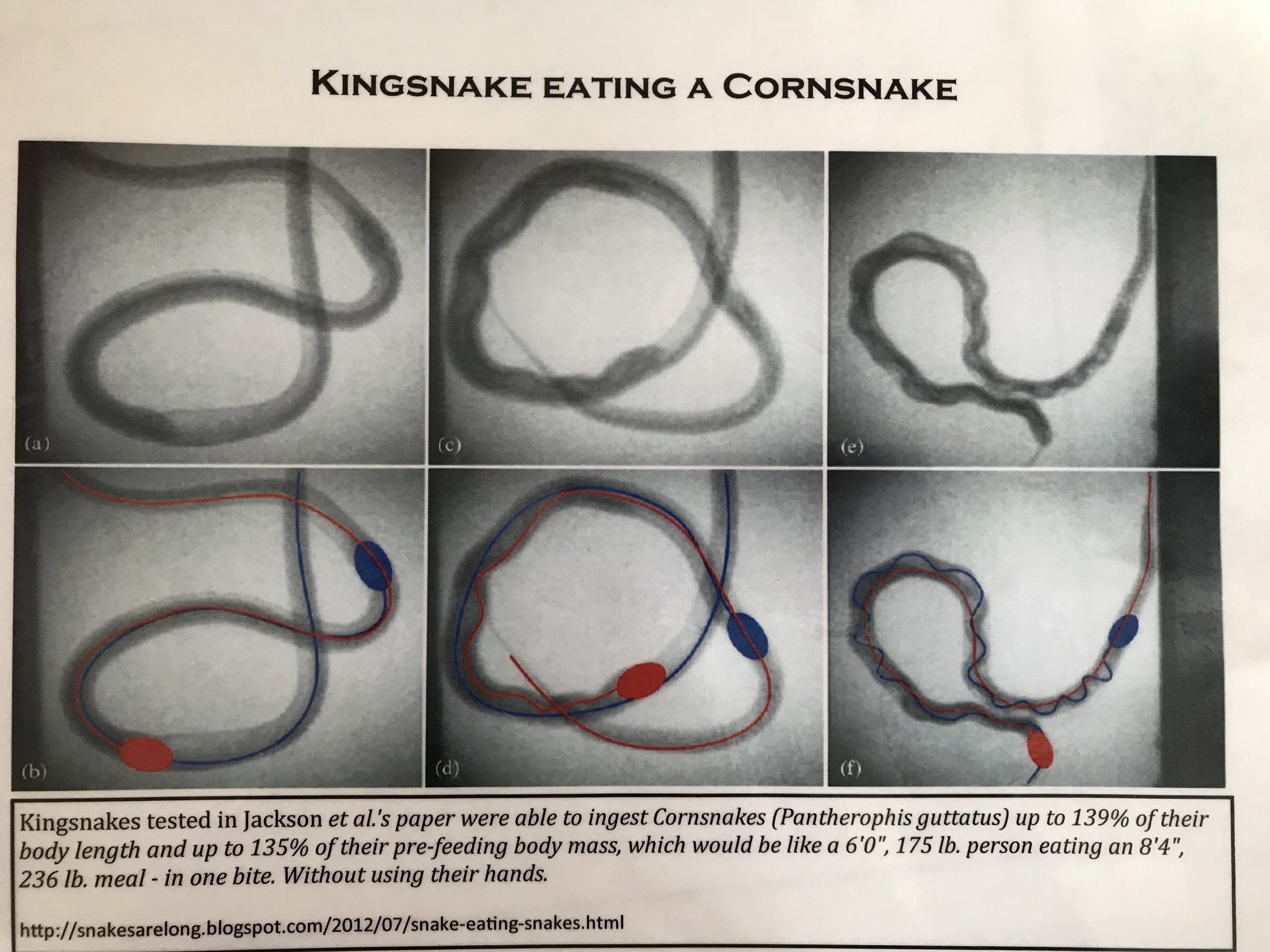 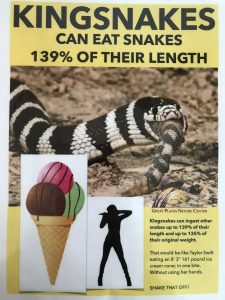 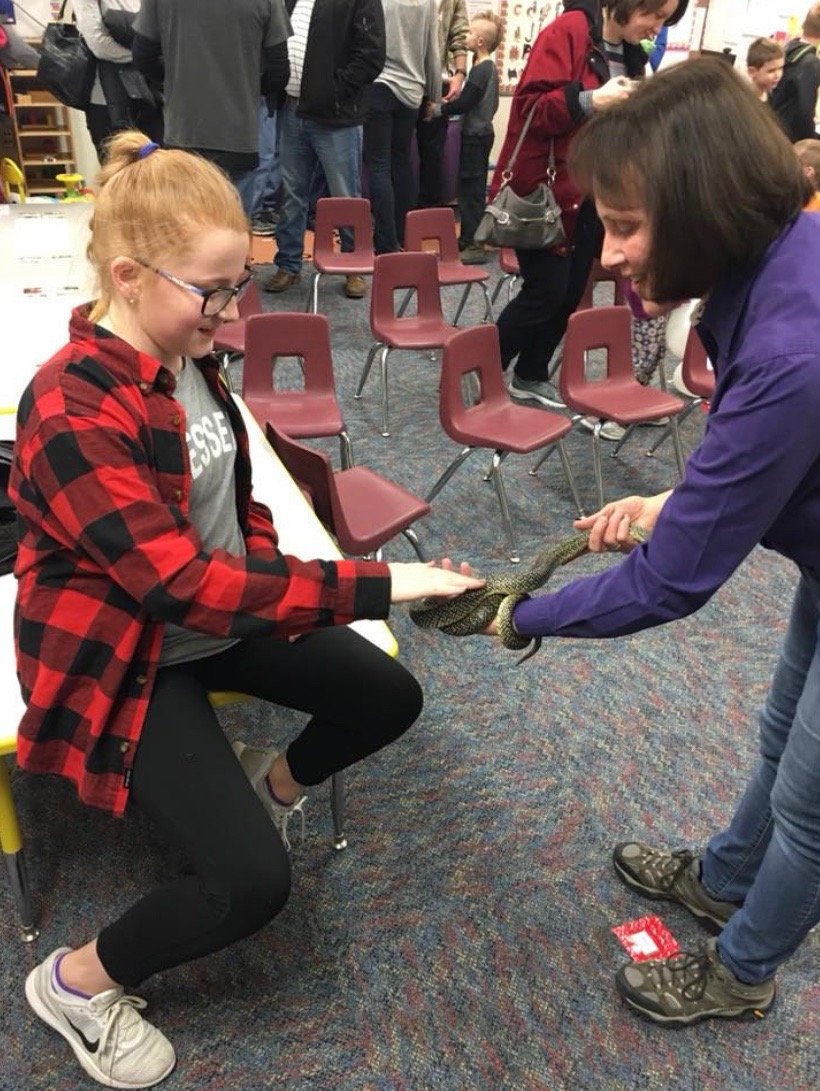 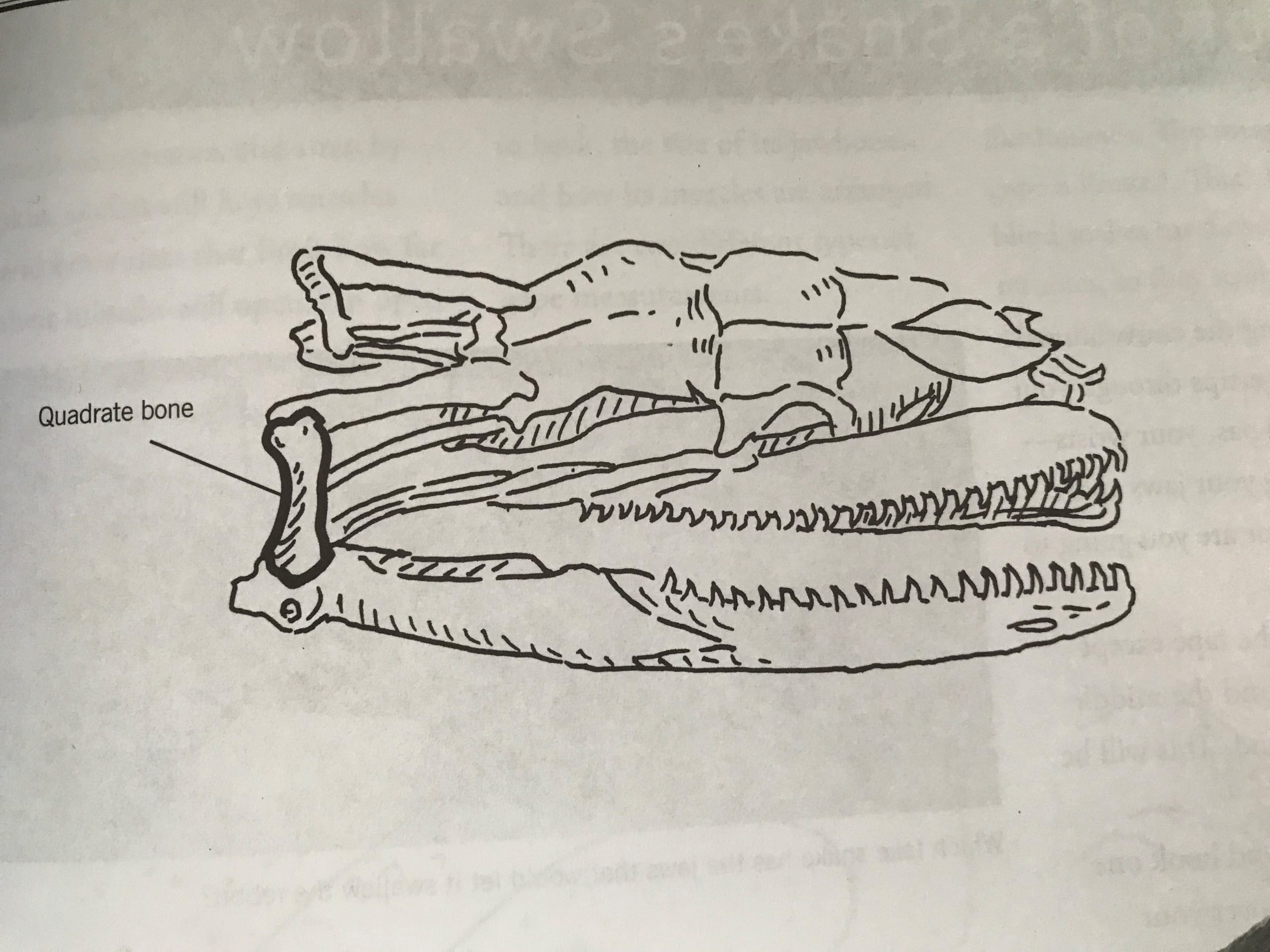 Once the prey has succumbed, how do they consume whole animals larger than they are? Snakes jaws aren’t attached to the skull like ours are. Instead, they have an extra bone, called the quadrate, in their jaws. This bone lets their top and bottom jaws separate and stretch farther apart when they are eating. Their skin also has to be very flexible to allow for the opening of the mouth.

The speckled kingsnakes are primarily solitary, except during breeding season. Soon after their hibernation, brumation, the males actively take part in seeking females for mating any time between early and late March. After the rituals of courtship and successful copulation, the gravid – Female carrying eggs- females will lay their eggs around the end of summer. Males seek out females through chemical scent. They will fight each other for Male common kingsnakes compete for females, who they locate using chemical signals. If two males are in the same place, they raise their heads and necks, wrap around each other, and try to press the other one into the ground. The male that loses retreats, and then lays down coiled up with his head on the ground. Meanwhile, the winning male returns to the female Males often bite the female's neck during mating, according to the Savannah River Ecology Laboratory.

The females would normally lay their eggs under stumps, rocks, logs, or decaying plant material. The hatching takes place in the fall. They lay two clutches of eggs per breeding season, with anything between 6 and 25 eggs per clutch.

When born, the hatchlings measure between 7 and 9 inches. The baby kingsnakes tend to be a bit feisty and start attaining adulthood within 4-6 months from birth. The young snakes mainly feed on lizards and other small-sized snakes including ribbon snakes and baby garters.

Male snakes can most easily be differentiated from females because they have thicker tails.  If this does not clearly show the difference, a probe can be inserted in the slit in front of the tail to feel for a hemipenis, /ˈheməˌpēnəs/ paired male sexual organs.